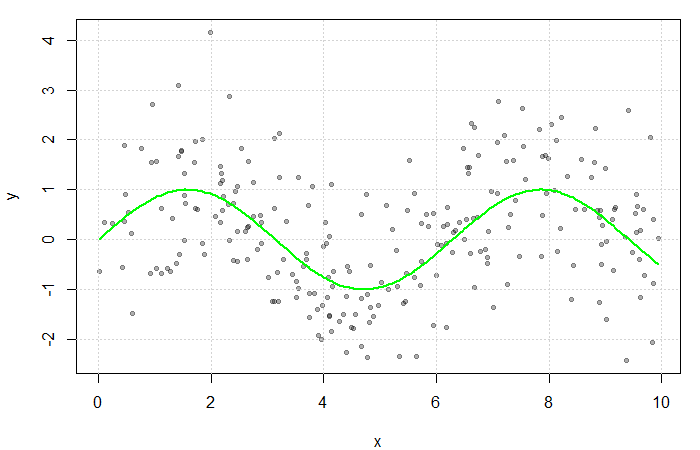 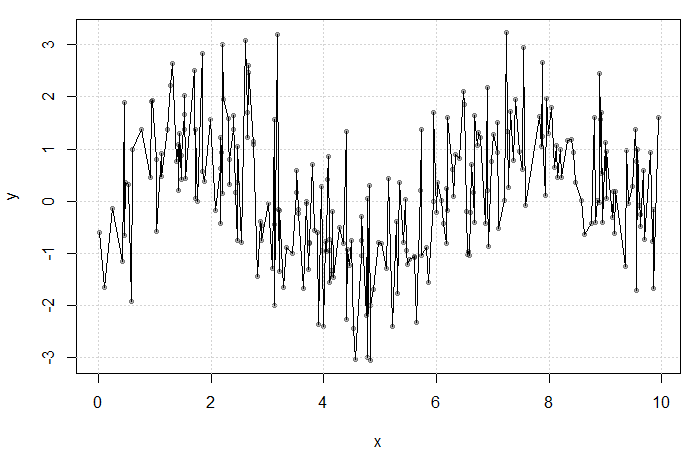 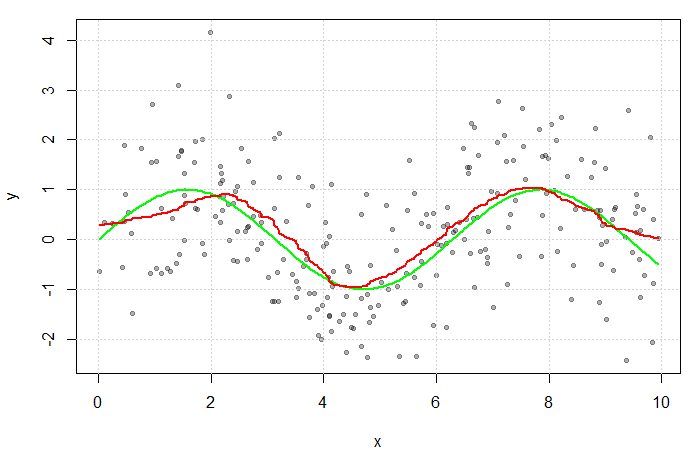 The implementation of a kernel estimator requires two choices:

, and
the smoothing parameter, or bandwidth,

Kernels are often selected based on their smoothness and compactness. We prefer a compact kernel to ensure that only data local to the point of interest is considered. The optimal choice, under some standard assumptions, is the Epanechnikov kernel. This kernel has the advantages of some smoothness, compactness, and rapid computation.

The choice of bandwidth

is critical to the estimator’s performance and far more important than the choice of kernel. If the smoothing parameter is too small, the estimator will be too rough; but if it is too large, we risk smoothing out important function features. In other words, choosing

The simplest way of selecting

for a range of different

and pick the one that looks best. The eye can always visualize additional smoothing, but it is not easy to imagine what a less smooth fit might look like. For this reason, it is recommended that you choose the least smooth fit that does not show any implausible fluctuations. 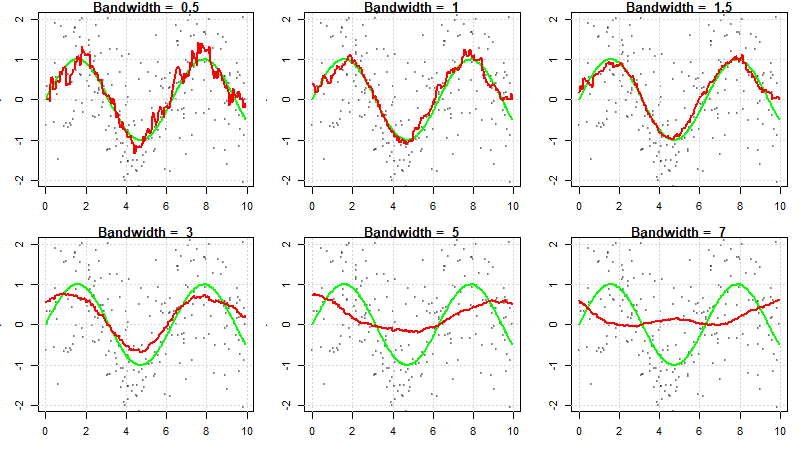 is left out of the fit. The basic idea is to leave out observation

based on the other

is chosen to minimize this criterion.

value (compared to CV which requires

In order to approximate CV, it is important to note that kernel smooths are linear. That is,

is analogous to the hat matrix

It can be shown that

, the leverage of the

is the trace of

. In this sense, GCV is analogous to the influence matrix.

Automatic methods such as CV often work well but sometimes produce estimates that are clearly at odds with the amount of smoothing that contextual knowledge would suggest. Therefore, it is essential to exercise caution when using them, and it is recommended that they be used as a starting point.